What is the Linux Kernel? 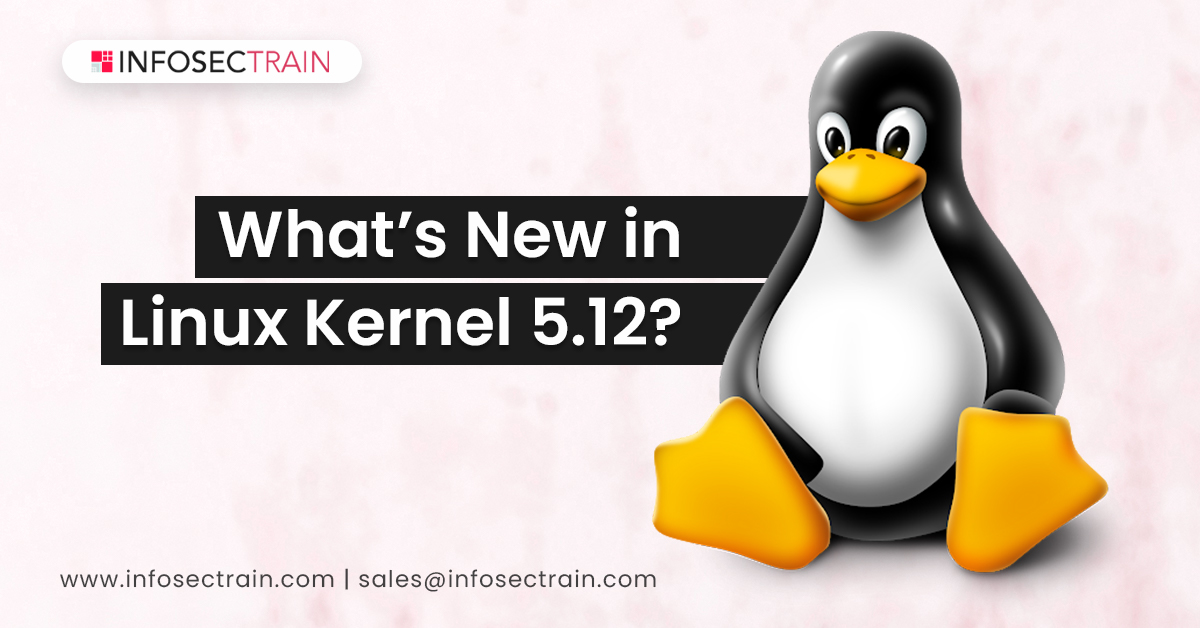 Linux Kernel 5.11  was a great release, including support for new hardware.

Now, After up to two months of development and a week of waiting for a release of candidate version 8, Linux Kernel 5.12 is now available.

Linux Kernel 5.12 is an excellent update with a lot of useful features.

Here, I’ll outline the major changes in this release.

The release of Sony’s open-source controller driver was delayed the previous time, but it has now been added to the Linux 5.12 Kernel. Sony has committed to maintaining the open-source driver, not only as a one-time addition. So, if you’re interested in trying out Sony’s DualSense PlayStation 5 Controller, now is an excellent time to use it.

Other Major Improvements in this release include:

When the installation has completed successfully, reboot your computer.

InfosecTrain is one of the best consulting organizations, focusing on a wide range of IT security training. InfosecTrain was established in the year 2016 by a team of experienced and enthusiastic professionals, who have more than 15 years of industry experience. We provide professional training, certification & consulting services related to all areas of Information Technology and Cyber Security.

AUTHOR
Nikhilesh kotiyal ( )
Infosec Train
“ Nikhilesh Kotiyal has completed his degree in Information Technology. He is a keen learner and works with full dedication. He enjoys working on technical blogs. Currently, Nikhilesh is working as a content writer at Infosec Train. “