Advanced Java is a Java programming language feature. It’s a web-based, network-centric, or enterprise application development technique or enhanced version of Java. It is a domain-specific specialty. Everything that extends beyond Core Java is considered Advanced Java, including the APIs described in Java Enterprise Edition.

Anytime, Anywhere – Across The Globe
Hire A Trainer
At Your Own Pace
Customized Corporate Training

Looking for a customized training?

Why Advanced Java with InfosecTrain?

InfosecTrain is one of the finest Security and Technology Training and Consulting organizations, focusing on a range of IT Security Training and Information Security Services. InfosecTrain offers complete training and consulting solutions to its customers globally. Whether the requirements are technical services, certification, or customized training, InfosecTrain is consistently delivering the highest quality and best success rate in the industry.

GET A FREE DEMO CLASS

Here is What people are saying about InfosecTrain 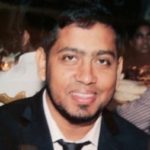 I took his infosectrain class. He is a very good Security expert and has lots of industry & training experience. He is very punctual about the class timing and explained everything and put extra time if some for slow students. 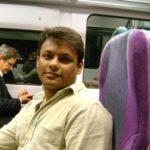 I would like to thank Trainer for the enhanced training provided for my course preparation.He has extensive knowledge in this topic a constant motivator and a brilliant person. 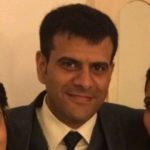 The way he teaches, the way he clears concepts.. you can feel the difference. Trainer dropped down to my level of understanding and then pulled me up! That is not what a “just teacher” does.

1. How long does Advanced Java take to learn?

It will take roughly 3 weeks to master the language assuming you have a decent grasp of the basics and good resources to learn the topic. You can extend it for another week to expand your understanding by working on some practical applications or projects.

2. What do you mean when you say “Advanced Java Concepts”?

It is a Java programming language feature. It’s an application development technology or Java version that’s specially developed for creating web-based, network-centric, or enterprise apps. It covers topics such as Servlet, JSP, JDBC, RMI, and socket programming, among others.

4. Why isn’t Java an object-oriented language?

Java is not completely object-oriented because it offers primitive data types like it, byte, long, and so on but we also use non-object-oriented data types in JAVA, such as int, float, double, and others, which are the polar opposite of OOP.

5. What makes Java so safe?

Java is safe because of the following factors: Java programs run inside a sandbox, which is a virtual machine. Explicit pointers are not supported in Java. The byte-code validator examines the code fragments for unlawful code that could compromise the object’s access rights.

6. Is Java a particularly vulnerable platform?

8. What is the purpose of advanced Java?

Java is neither simple nor difficult. Java is a powerful language that runs quickly on practically any platform, including Macintosh, Windows, and Linux. JVM must be installed (Java Virtual Machine). So there you have it, Java isn’t particularly difficult to learn; in fact, it’s a really simple language.

9. Is it difficult to learn Advanced Java?

Java is neither simple nor difficult. Java is a powerful language that runs quickly on practically any platform, including Macintosh, Windows, and Linux. JVM must be installed (Java Virtual Machine). So there you have it, Java isn’t particularly difficult to learn; in fact, it’s a really simple language.

10. Is Java sufficient for Android?

It’s the single constant in your Android app development career, as you’ll likely use a variety of programming languages and IDEs. Once you’ve written your Java code for an Android app, you’ll need a way to run it on Android devices and fully exploit the Android OS’s capabilities.
TOP