The Strategic Processes Behind Executing an Effective PEN Test

With the increase in the number of data breaches and ransomware attacks making headlines, thorough security audits have become an unavoidable element of running a firm that manages client data. 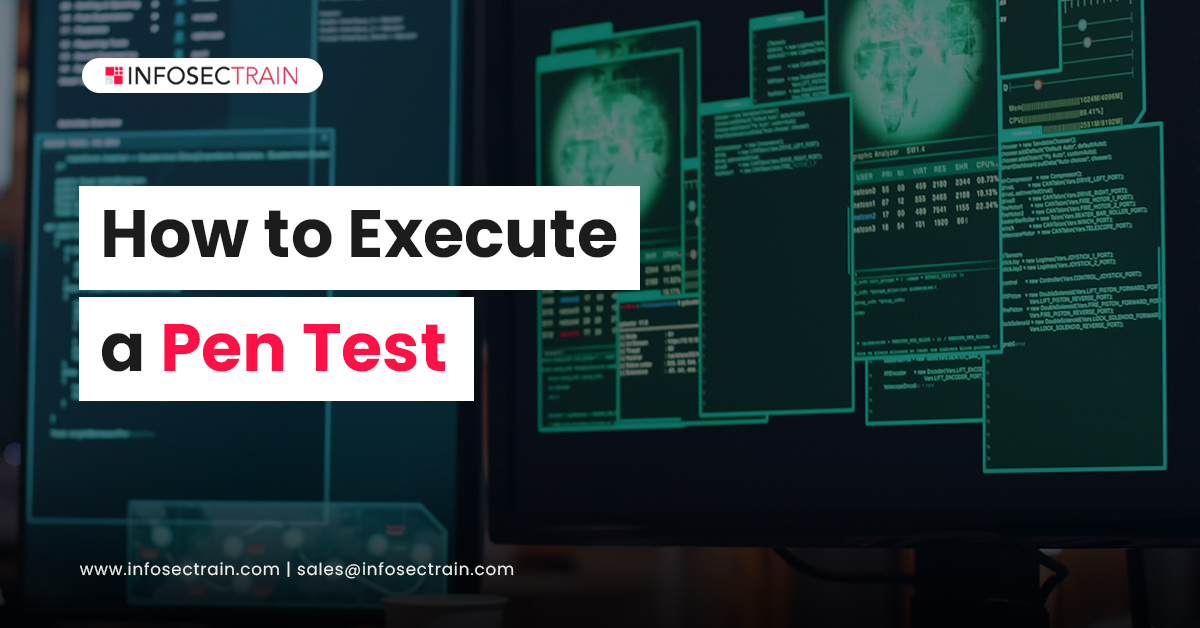 This article will outline a systematic methodology that a security professional must follow to conduct a successful penetration test or PEN test.

What is a PEN test? – Complete Penetration Testing Guide

A PEN test or penetration test identifies attack vectors, vulnerabilities, and control flaws in IT infrastructure, networks, and business applications. PEN testing entails simulated attacks against an organization’s information security systems using several manual and automated procedures. In simple words, a PEN test is a process of identifying vulnerabilities and delving into them to determine the extent to which a target can be compromised in the event of a real Cyberattack.

The penetration testing process entails actively examining the target system for any potential vulnerabilities that may arise as a result of bad or improper system configuration, known and unknown hardware or software faults, and operational flaws in procedural or technical countermeasures. Penetration testing aims to exploit known vulnerabilities, but it should also employ the tester’s knowledge to find specific weaknesses that are unknown vulnerabilities in an organization’s security measures.

Why the PEN test?

A penetration test will ensure that architectural flaws are detected and fixed before a hacker can locate and exploit them, resulting in a business loss or service outage. These days, businesses must adhere to a variety of rules and procedures. A penetration test will guarantee that any gaps are identified and closed in time to meet regulatory requirements.

Penetration tests will also serve as an eye-opener or a check on the internal security team of the firm. It is possible to measure the impact of an actual attack, the damages that can be done, and the potential cost to the organization if an attack occurs.

With so many large-scale and dangerous cyber-attacks taking place these days, it’s become inevitable to conduct penetration testing regularly to protect information systems from security breaches.

What are the approaches or methodologies of the PEN test?

Below are the various methodologies of the PEN test. 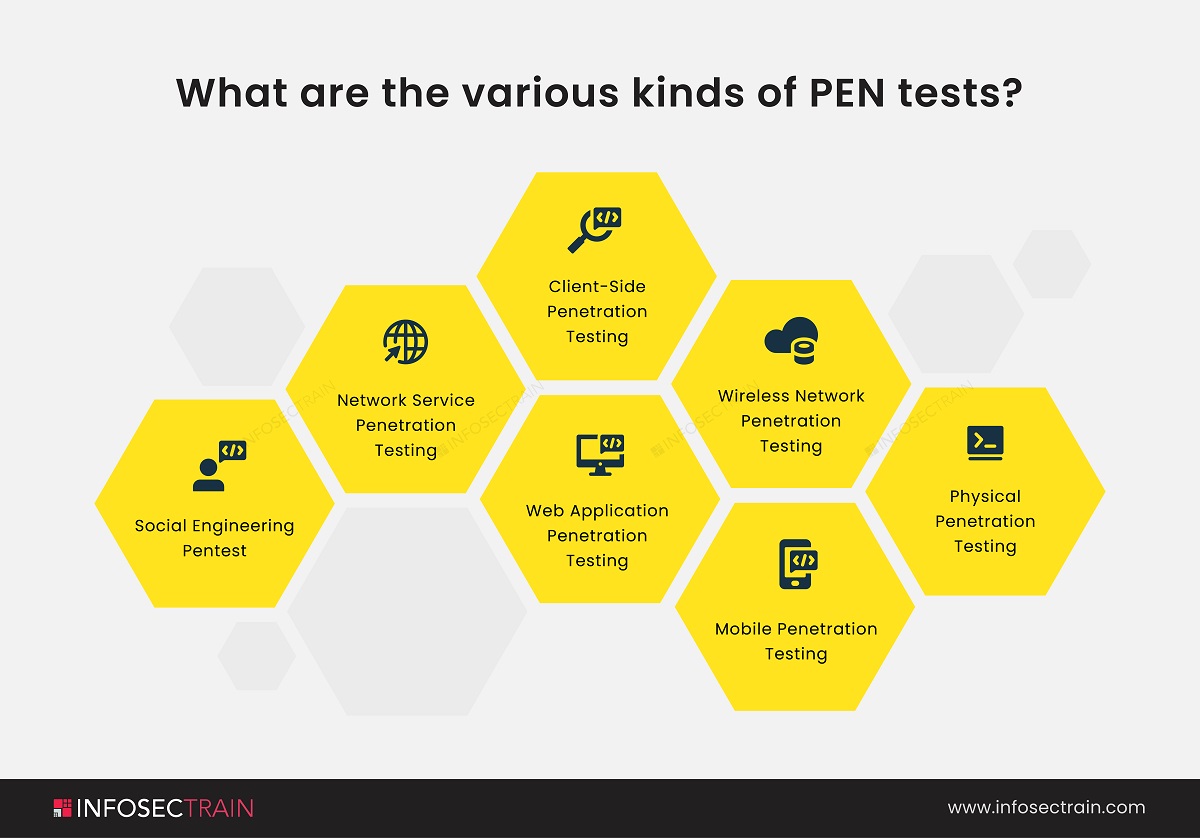 Steps in the PEN testing process

PEN tests can be divided into several stages, depending on the organization and the type of test being undertaken that is either internal or external.

Let us go over four primary phases of PEN test, each one by one:

Who performs the PEN test?

PEN test is carried out by PEN Testers who build and organize simulations and security assessments to find potential vulnerabilities in the system, IT infrastructure, or web applications. In addition, PEN Testers must document any findings and provide them to customers, employees, or the organization.

What are various PEN test tools?

Now, as we have covered the principles of penetration testing, it’s time to move on. Let us take a look at the tools a Pen Tester can utilize to do this test. 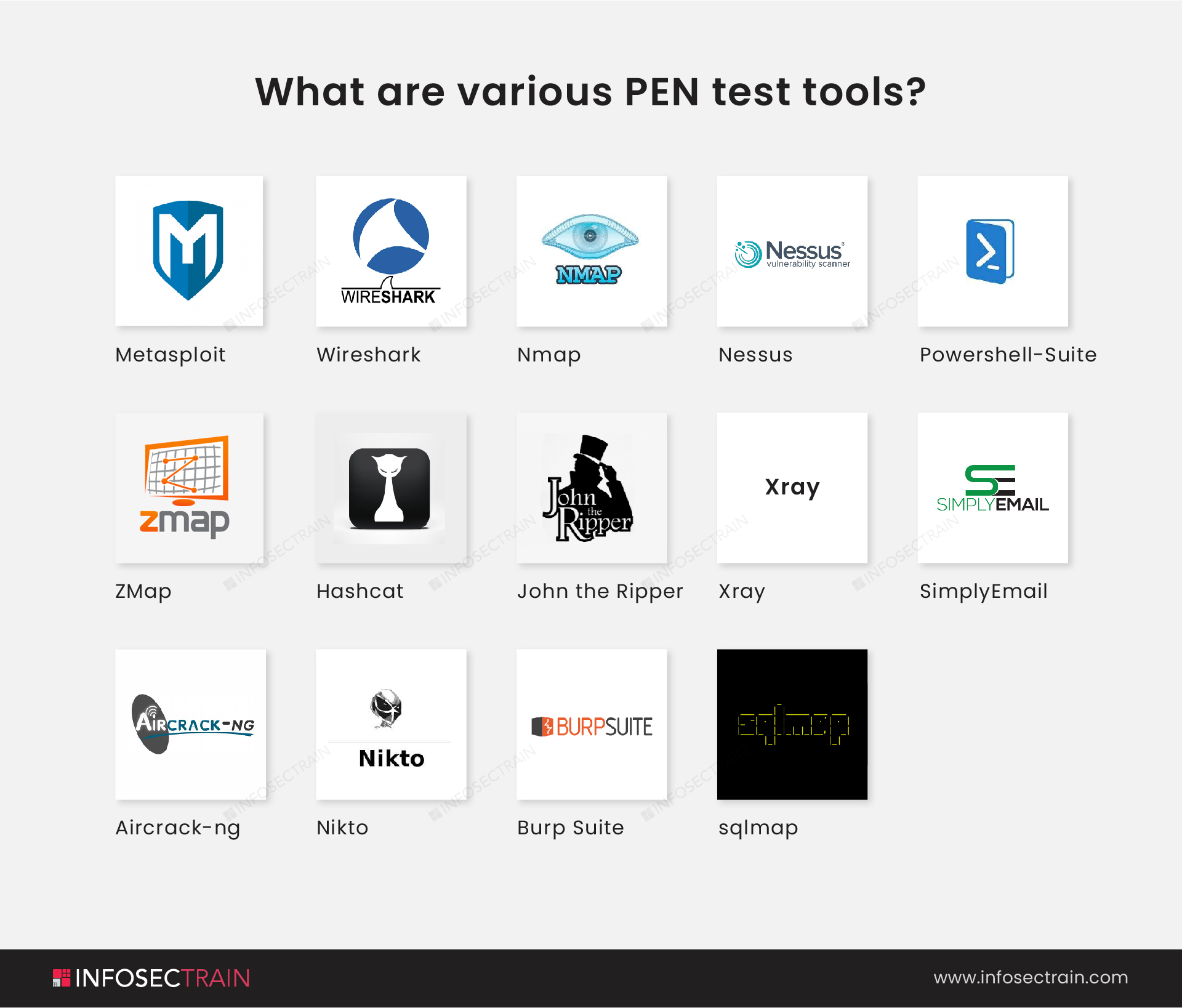 PEN test with InfosecTrain
Every organization must identify security issues in the internal network and IT systems. Using this knowledge, the organization may plan a defense against any hacking attempt. We at InfosecTrain recognize the necessity for professionals to be trained in order to help combat these attacks and threats, as user privacy and data security are two of the most pressing problems today. PEN tests can aid in the detection of these dangers. So you can enroll in our CompTIA PenTest+, Network Penetration Testing, Web Application Penetration Testing, Advanced Penetration Testing, and Active Directory Pentest training courses. Our qualified instructor will present you with how to spot exploitable vulnerabilities in networks, systems, hosts, and other IT devices long before attackers do.