Protect Your Organization with Pen Testing

Penetration testing, also attributed to Pen Testing, is a process of testing the security weaknesses or vulnerabilities of a system, application, or network and checking the possibilities of our network, system, or applications being hacked. 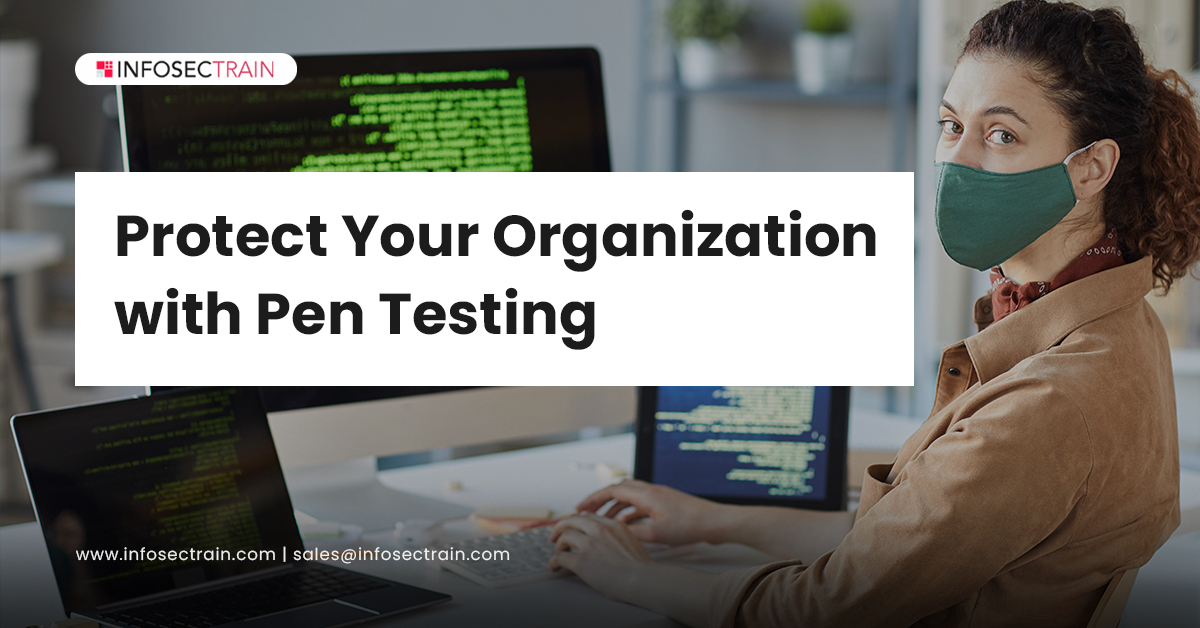 Let me tell you a simple example to understand this concept quickly. Assume you are the manager of a bank. You know people come from the main entrance. But, you may not know many vulnerabilities which a thief can use as an entry point like windows, or from another way possible which we may not even consider. Now, to make sure you are completely protected, you will find a professional who will think and act as a thief and break into the bank to let you know the vulnerable entry points. At the end of the process, the professional will advise the owner to implement solutions like a window sensor or placing CCTVs at strategic locations in the bank.

Penetration testing can be done in three types, they are:

The black box testers test the application functionality based on the customer requirements and specification. Testers do not need to have any programming knowledge to perform black-box testing.

It would be best if you were good at programming to become a white Box tester.

Situations in which we use Gray Box Testing are:

We cannot do gray box testing while testing algorithms.

Penetration testing, like all other IT security measures, should be performed regularly. Although some internal pen-testing may be necessary periodically, pen testing should be done at least yearly. The frequency will be determined by the sort of test and the purpose of the test. This will aid in the continuous management of IT and network security by identifying newly known threats or developing vulnerabilities that attackers might exploit.

Cost-efficient: Compared with recovery and redemption of the data after being originally attacked, the money we put on pen testing is very low. Of course, we have to put some money on technologies and tools like dynamic application security scanners and vulnerability scanners. But, the cost of tools and technologies is comparatively less than recovering the data back.

Manage Risk: By guarding against vulnerabilities and dangers that have the potential to turn into real occurrences, this phase must be handled before cybercriminals have time to become familiar with your program and exploit its flaws. Furthermore, pen testing is required when you use third-party apps, outsourced services, or cloud-based services.

Minimize the chances of network and application downtime: Resulting in a decrease in production and availability In today’s world, time is money. Thus any time lost as a result of inactivity may cost businesses and people millions of dollars. All of this may easily grow into a very costly issue. Gartner estimates that the average cost of IT downtime is $5,600 per minute. So, performing Pen-Testing and avoiding the actual loss is very useful.

However, one of the compelling reasons to do pen testing is to obtain peace of mind, knowing that your apps, systems, and infrastructure have been thoroughly examined for flaws. These activities and working with a comprehensive and dedicated pen test team may assist in securing your business and customers’ data and contribute to business continuity.

InfosecTrain is one of the leading training providers with a pocket-friendly budget. So, if you want to get a good grip on the Penetration Testing Training course, then join us to experience an incredible journey with our industry experts. Our courses are available in live instructor-led and self-paced sessions, making it easy for you to take up and complete your learning/ training journey at ease. Join InfosecTrain to learn skills that can change your life.