All About DNS Spoofing

The internet has a significant role in our daily lives, and also, this is a place where we are concerned about security. We merely depend on website information that users can access through a Domain Name System (DNS). This DNS can be spoofed by hackers that can be redirected to fraudulent websites resulting in malware attacks and data loss. In this detailed blog, we will discuss DNS spoofing, how it works, methods of DNS spoofing, tools used, and tips to avoid DNS spoofing. 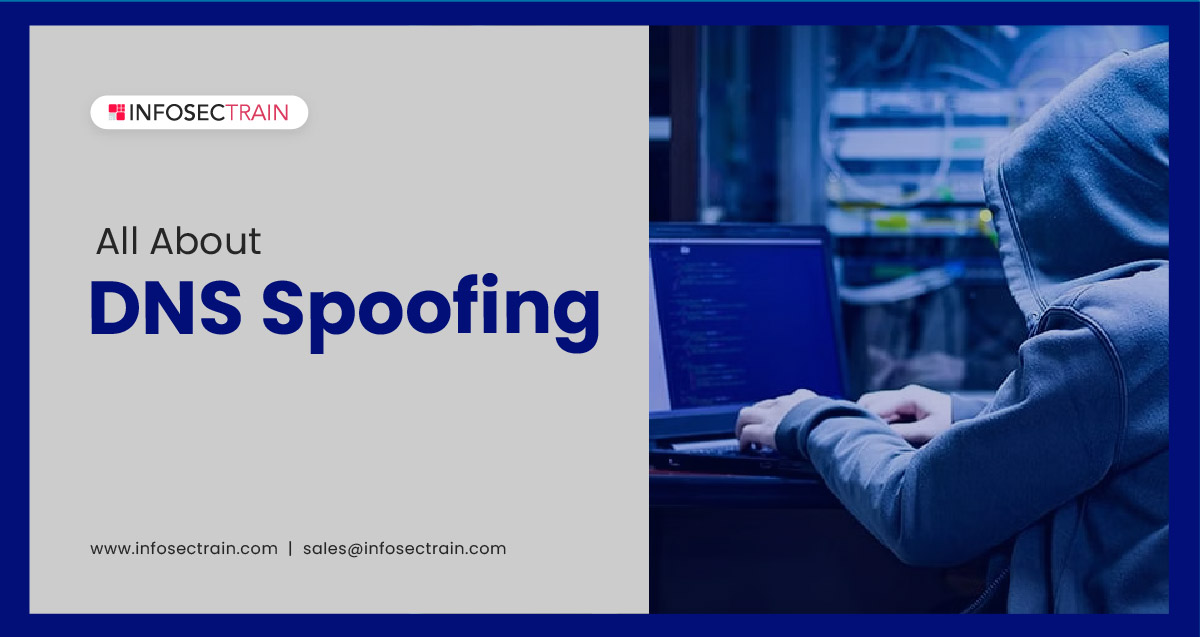 What is DNS Spoofing?

Domain Name System (DNS) spoofing or poisoning is a cyberattack that exploits the DNS server and diverts the website traffic from legitimate servers. This process is intended to enter false information into the DNS cache. So the response to queries received by the website is replied to with false information and redirected to a fake website.

How does DNS Spoofing work?

A DNS resolver will save responses to IP address queries. As a result, the resolver can respond to future queries significantly faster without communicating with the several servers involved in traditional DNS resolution. DNS resolvers save responses in their cache until the IP addresses set time to live (TTL) in seconds for the expiration of cached records ranges between 60 to 86400.

DNS spoofing attack imitates the server destinations to redirect a domain’s traffic. The purpose of a DNS spoofing attack is to redirect the victim to malicious websites. Whereas DNS cache poisoning is the user-end method of DNS spoofing, in which the attackers inject a malicious DNS in the local DNS cache. When DNS finds the malicious path in the cache, it redirects users to that link. The DNS will recollect the fraudulent website if the problem gets resolved or ever occurs on the server-end side.

There are various methods for DNS spoof attacks. The most commonly used methods are discussed below:

In this evolving technology, advanced tools are used for this spoofing attack. The well-known tools are described below:

The DNS spoofing Kali Linux application is used for DNS spoofing attacks. The process in this application helps to redirect the website traffic to the fraudulent website through a dnsspoof syntax screen under the Network sniffer menu.

All DNS requests are forwarded to the attacker’s localhost file using a program (e.g., dnsspoof). As a result, visitors are shown a fake website, and malware is injected into their systems, where users interact with the fake website.

The significant risks of DNS spoofing and poisoning are as follows:

How to prevent DNS Cache Spoofing and Poisoning?

To prevent DNS spoofing and poisoning, one should implement strict protocols and protective tools. Some of the prevention tips are discussed below:

For a user, it is difficult to identify a spoofed website. Assuming it is a legitimate website, the user will continue to provide information to the website, leading to data theft. Securing your DNS and implementing the best practices would help avoid DNS spoofing. I hope you had great learning.